Skip to content
Previous Next
Resilience – When being criticised remember this

Resilience – When being criticised remember this

“My friends, as I have discovered myself, there are no disasters, only opportunities. And, indeed, opportunities for fresh disasters.”

Boris is known for his public blunders and he’s often criticised. The question is, do you think he listens to the criticisms?

I suppose the answer is… it depends.

We’re all criticised from time to time and when we are criticised should we listen? I suppose the answer is… it depends.

I was recently reminded of a period in my life when I had a very close friend who often criticised me, and very cutting she was at times too. The number of times I was told I was useless, or that I’d done something wrong. After a while I started to believe her, let’s not go there. Enough to say I eventually saw the light and she’s no longer a friend… sad really.

Shortly afterwards I vowed I would never allow anyone to undermine my confidence again and I found a way of dealing with criticism, and when I say ‘deal with’ I mean working out whether the criticism is helpful or not. After all some criticisms (I prefer to call feedback) are helpful and that’s an opportunity to learn and grow.

After receiving a criticism don’t defend, attack back, shift blame or go into denial just listen to what’s being said, and then ask yourself three questions.

1) Who is saying the criticism, are they qualified to pass comment? If you’re being told you’ll never make it as an author, are they qualified to make that comment? Even then it’s only an opinion; look at the number of times J K Rowling was rejected by publishers (apparent experts) before finding a publisher who would take on the Harry Potter books.

The third question is the clincher.

3) What state of mind is the person giving the criticism in? Are they angry, trying to be hurtful, or do they have an ulterior motive? If so, ignore them.

If they’re doing their best to be helpful, if they’re qualified to give an opinion and if the comment is accurate then listen, you just might learn something.

If you’re being criticised or receiving feedback ask yourself the above three questions as a guide. I repeat GUIDE, to help spare your feelings. At the end fo the day it’s an opinion not necessarily fact.

If you’re giving criticism or feedback, calm down, be clear and think about what you’re going to say. With the right ‘criticism’ you can inspire and motivate. Otherwise, say nothing.

You can read my blog posts as soon as they’re released by signing up to my twice monthly ‘Achievement Thinking Insights and Inspiration’ on the blue banner at at the bottom of this page.  Each one full of hints, tips, tools and inspiration to help you and your teams build resilience and manage high speed change, sign up now. 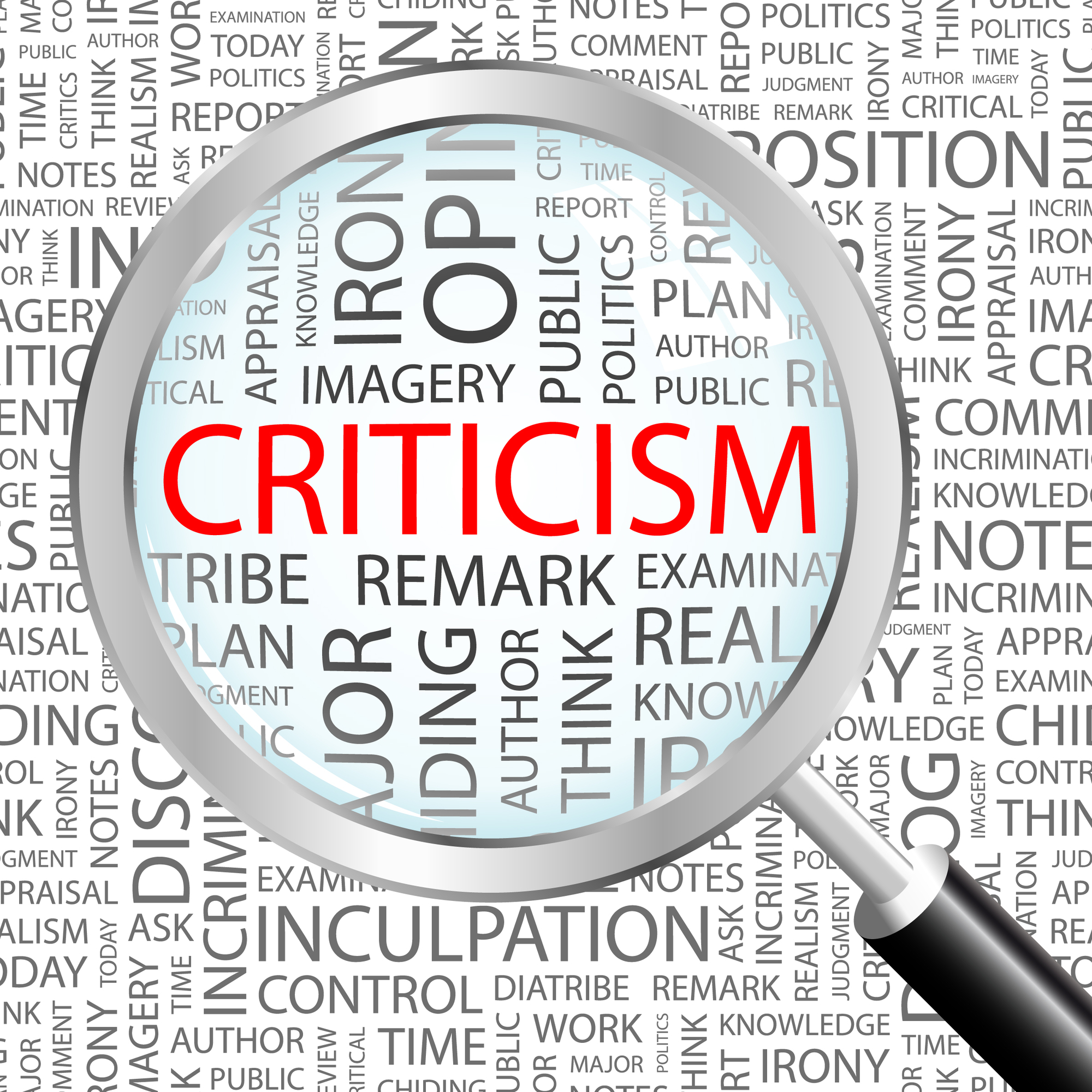