Self belief and a tale with no dog :)

The seaside town of Whitby in North Yorkshire is a beautiful place (trust me, I’ve been). Unfortunately, it suffers from the economic constraints of its remote location, ongoing changes in the fishing industry, relatively underdeveloped transport infrastructure and limitations on available land and property.

If that wasn’t enough, according to a BBC report about about two years ago, the worried pet owners of the area contacted the police because small red and yellow stickers were being put on the tyres of cars outside the homes where valuable dogs lived.

What!!! I know, whatever next? I don’t know about you but methinks this needed nipping in the bud.

With that in mind our Whitby boys in blue sprung into action and approached a local tyre fitter for advice and to confirm whether the stickers were being left on tyres by potential pooch pinchers… or not.

Guess what? These stickers had nothing to do with indicating which homes were the best place to dognap man’s best friend. The red dots indicated the heaviest part of the tyre and the yellow dots the lightest part.

So why all the complaints?

These stickers had been on the tyres since they were last tested but people only started noticing them… ONCE THEY WERE POINTED OUT.

Actually they didn’t; the fact is someone pointed out what they BELIEVED to be a connection between the owners of the valuable dogs and the stickers. Unfortunately, they convinced many other people who were willing to buy in to that BELIEF, and they too started spotting yellow and red stickers.

A belief was created and because it seemed plausible a lot of other people chose to believe it too.

Which made me think.  Which beliefs are you, my dear reader, buying in to that are not helpful to you? These beliefs will stop you or make you hesitate to take the actions you need to take to achieve your goals, desires and dreams.

I nearly didn’t become a speaker on Achievement Thinking because I wanted to use my passion for magic in my presentations. I was told I wouldn’t be taken seriously, that it would dilute my message.

Sad news is, it did to begin with and I struggled.

I was determined to make it work and today have about 170 recommendations on LinkedIn stating the results individuals and organisations have achieved with my Achievement Thinking insights and tools. In addition my humour and magic makes the learning fun and easy to remember.

In my case I was being advised by people who hadn’t seen me speak and they made assumptions which I bought in to… almost. Once they saw me speak they changed their minds.

There are so many stories of people who almost bought in to the unhelpful beliefs of others, but decided to believe in themselves instead and when they did they succeeded. Granted, they may have struggled and had to do a lot of soul searching, but they ultimately succeeded nevertheless.

A classic example is Mohammed Ali.

So what’s the profound and poignant point these prospective puppy pinchers proved?

It may not be guaranteed, but if we’re brave and true to ourselves our odds of success are phenomenally in our favour.

If there’s something you’ve always wanted to do. If there’s something you should be doing that you feel deep down is true to you… then do it. Find a way and do it. Granted there will probably be an element of risk; you’ll have to assess that. It might be hard at first, it may even be challenging along the way, but it will pay off in the long run, just… BE BRAVE!!

By the way, if you’re interested, I have for sale a wheelbarrow full of yellow and red stickers and a shed load of puppies ;) 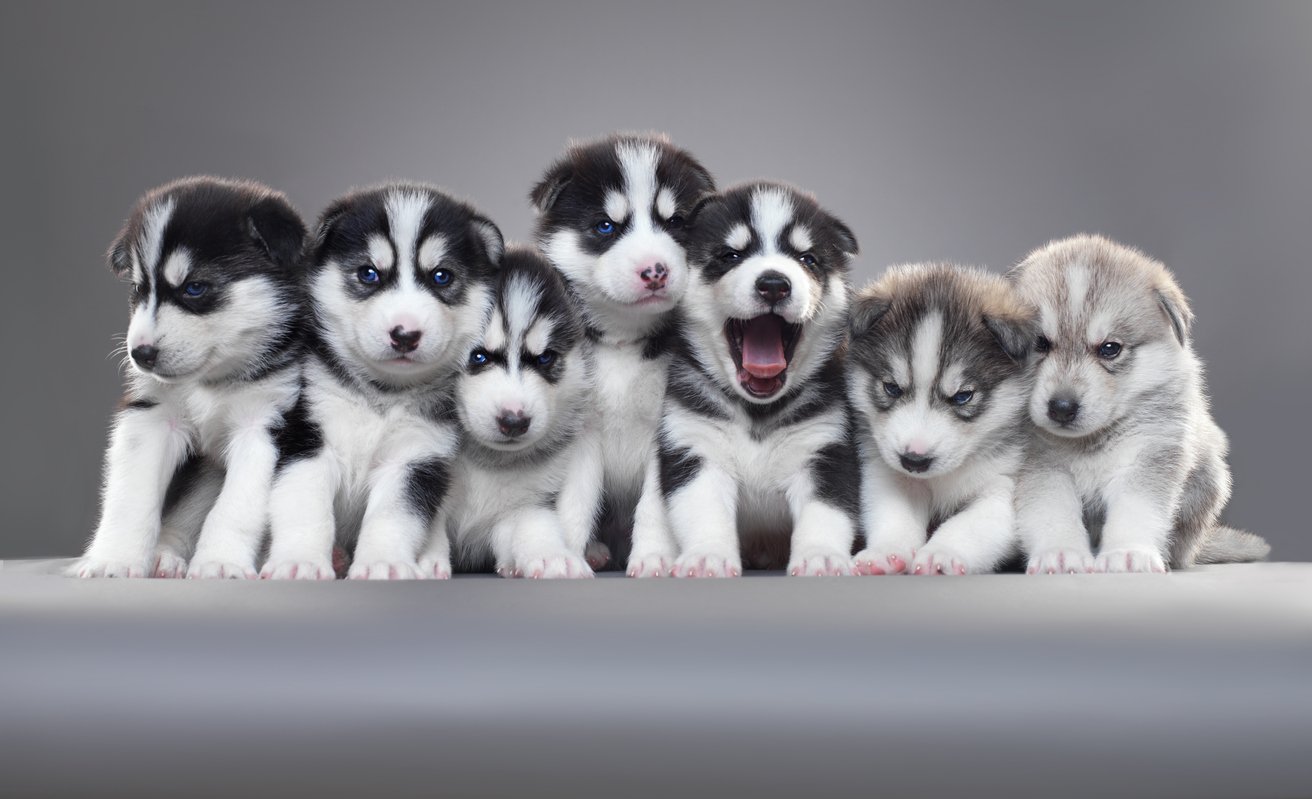