Did you know the very first TV star was a twenty year old man named William Edward Taynton of London?

You’ve never heard of him? Really? He was at his peak of fame in 1925 so maybe you forgot to tune in that night.

OK, using the term ‘TV star’ is an exaggeration, I don’t think there was ‘a peak of fame’ either but it was on 2nd October 1925 our Will was asked to sit still while a very primitive TV camera transmitted his image. The transmitter was built by John Logie Baird using a hatbox, a pair of scissors, some darning needles, a few bicycle light lenses, a used tea chest, sealing wax and glue. I wonder if the items to make the first ever TV were acquired from the first ever car boot sale?

By the way, the very first image Baird transmitted was the head of a ventriloquist’s doll nicknamed Stooky Bill.

According to Wikipedia, ‘Baird’s early technological successes and his role in the practical introduction of broadcast television for home entertainment have earned him a prominent place in television’s history.’

Mind you, also according to Wikipedia, some of Baird’s early inventions were not as successful. In his twenties he tried to create diamonds by heating graphite and successfully managed to short out Glasgow’s electricity supply. No mean achievement for the early 20th century. Another bright idea was a glass razor, which was rust-resistant, what could possibly go wrong? It shattered, that’s what. Inspired by pneumatic tyres he attempted to make pneumatic shoes, his prototype contained semi-inflated balloons… which burst.

But I digress, getting back to the television, I bet Baird had no idea at the time his invention would evolve in to what it is today.

There are so many inspirational people who are just ordinary people.

A more contemporary example would be Steve Jobs who, coincidentally, died on the 86th anniversary of that first televised image being transmitted. (2nd October 2011). A flawed character? He certainly wasn’t perfect but look at what he achieved with Apple. He was also the CEO and majority shareholder of Pixar.

Read any biography of any famous person (historical or contemporary) you admire or of any achiever you admire and they’ve all had and, if they’re still present on this planet, will continue to have challenges just like the rest of us.

Not only that, we all know people who are not famous, or even well known but are inspirational to us and yes, they too will have issues and challenges.

Every year the Queen’s Birthday Honours list is littered with people, ordinary people, most of us have never heard of but who have made a difference in the world. Their objective was not recognition but to serve, to help someone or at least make someone’s life a little easier in some way.

These people all decided to make the changes they wanted to make… count. What they all have in common is that everything for them started with what was usually a small change.

Many of my clients ask me to speak at their events about the mindset needed to change (and how to make managing change easier) as many of us dislike change. Many of us often think we’re victims of change and forget change is an opportunity to make life better even though at first blush the opposite may appear to be true.

Some of the change that happens to us we can’t control but we can control how we react to the change. Sometimes we don’t change because we might think we’re just an ordinary person and won’t have much of an impact. The fact is that it’s the ordinary people who make all the difference and the difference they make often counts… big time.

So my dear reader what are you feeling uncomfortable with in your life right now and what’s the smallest thing you can do to change it to make your life easier?

Sure, we might make mistakes and that’s fine providing we have a vision of what we want to achieve and are persistent in our actions.

Who knows perhaps the action you take right now will lead to something much bigger and beneficial than you’ll ever imagine.

You might not become famous, or be recognised by the Queen but your life will be easier in at least some small way.

So, what one small change are you going to make right now? Go on be brave.

By the way another change happened on 2nd October and this time it was in 1955. The City of London became a smokeless zone, now that HAD to change as it was a matter of life and… breath :) 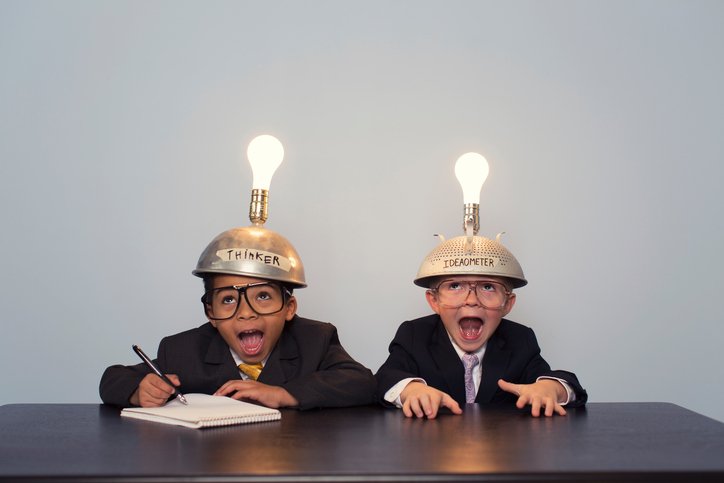