Visualise your success by going backwards to the future

“This time next year Rodney, we’ll be millionaires.” That was Del Boy Trotter’s mantra. Del Boy was one of the main characters in one of my all-time favourite situation comedies. If you’ve never heard of ‘Only Fools and Horses’ you might want to look it up.

Del Boy was forever creating get rich quick schemes to achieve his dream of being a millionaire. Often, he’d say to his brother “This time next year Rodney, we’ll be millionaires.”

If only he’d taken his thinking process a little further he really would have been a millionaire and quicker than when he actually managed it (oops sorry, I should have given a spoiler alert).

Mind you, if he had achieved his goal quicker we wouldn’t have had all those wonderful and hilarious episodes to enjoy, but that’s beside the point.

So, what was the one thing he should have done? Well…

Most of us, usually at the end of a year but it could be any time, take stock of the last 12 months and reminisce. No matter how successful and fulfilled we are, we’ve all had missed opportunities, plans that didn’t come to fruition and, of course, successes. We might even think, ‘If I only knew then what I know now I’d be much better off, or a lot further than I am now’. What if we could travel through time into the future? Now THAT is an interesting notion. Well, we can… sort of.

Now, think of a goal you’d like to achieve this year and it has to be something you’re passionate about, then… go into ‘Del Boy’ mode.

In other words, think to yourself, ‘this time next year I’ll be a millionaire’, or have £2000 saved in the bank, or be 28 lbs lighter or whatever your goal is. Visualise it. Make it as specific as you can, if you wish you can add more detail later. WRITE IT DOWN; writing it down makes it real to your subconscious.

Now do the following TWO exercises.

Close your eyes and visualise, imagine IT IS this time next year and you’re thinking about what you’ve achieved in the past year and one of the goals you’ve NOT achieved is, for the sake of illustration let’s call it, X. Think about what X looks like, feels like, sounds like; in what way would have your life have been so much better if you had achieved the goal.

Now that you’re in that negative state of mind, of regret, say to yourself, if only I had.?. and write down what ‘.?.’ is. It might be one thing or a list of things, things you should have done.

‘Tis time now to take a break for a few minutes, go for a cup of tea and a Hobnob or better still go for a short 5 minute walk outside. Breathe in the fresh air, or if you’re in the middle of a city, the car fumes (cough, cough).

And… you’re back in the room and you’re ready for the second part of ‘Del Boy’s’ time travelling success building technique.

A subtle difference to the first exercise but different it is.

Now you’re in this very positive and upbeat state of mind say, I’m so glad that I have.?. and write down what ‘.?.’ is. It might be one thing or a list of things, things that you have done to have achieved X.

Some things may be repeated from the first list, but that’s ok.

Now review what you’ve written and you have a list of action points, put them in the order you think you should do them and… DO THEM!! One action point at a time.

You see, sometimes going backwards is the best way forward and you know what that means?

This time next year Rodney, we’ll be… 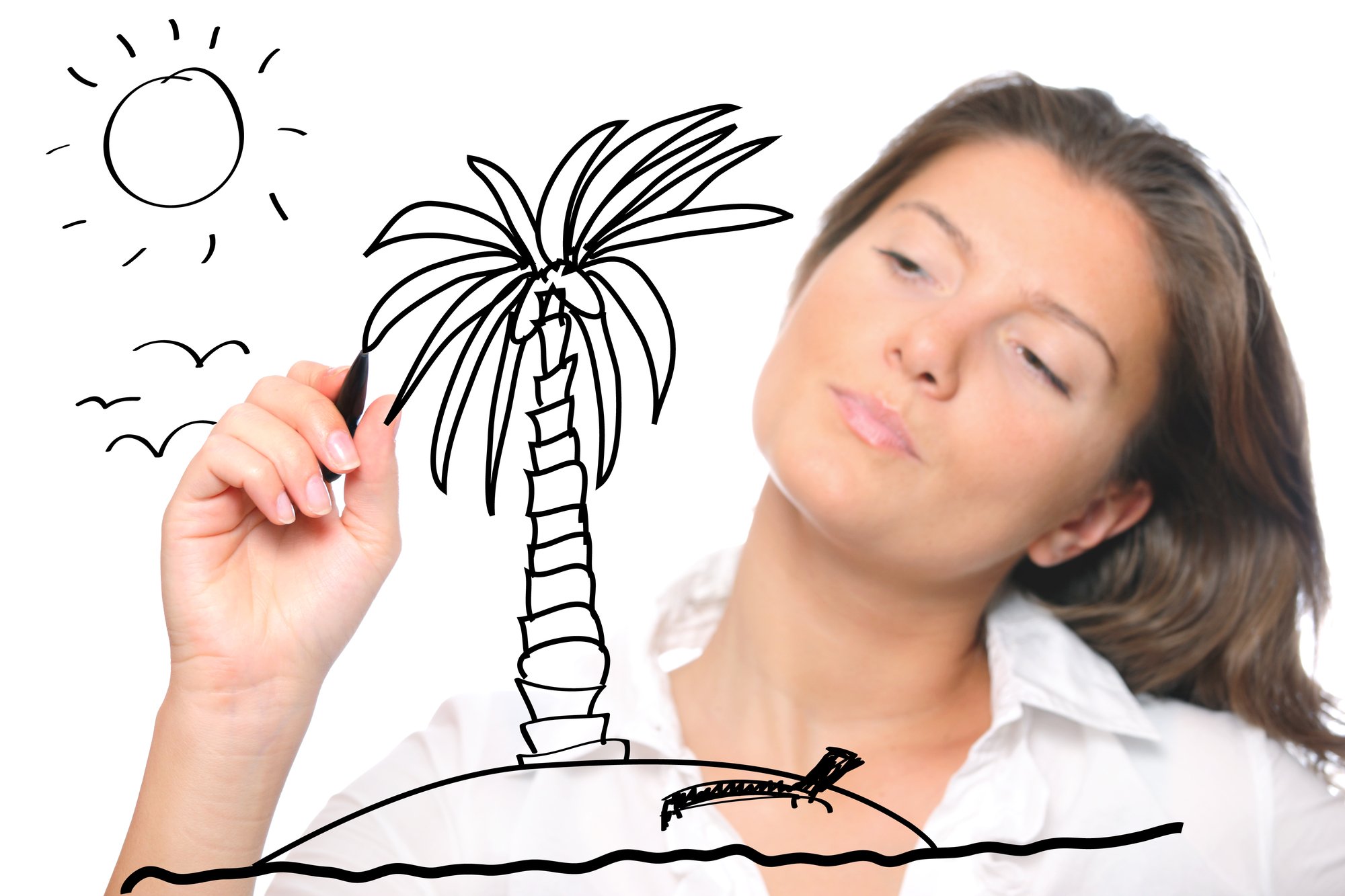